You are here: Home / blog / The Number One Predictor of Divorce How many times have we heard that good relationships are secure in good communications?  Gottman is on target!

The Number One Predictor of Divorce

According to Marie Claire, after four decades of studying couples at the Gottman Institute, Dr. John Gottman found that harboring feelings of contempt or disgust towards a partner causes marriages to come apart at the seams. Of course, it’s natural for feel frustrated or even annoyed with your mate from time to time, but once feelings of disdain develop, you’re in unhealthy territory.

“All relationships involve ongoing, perpetual problems that will resurface,” explains Gottman researcher Mike McNulty, Ph.D. “Partners who do not handle discussions of these problems well are at the most risk of divorce.”

Wondering if contempt might be eating away at your union? Think about the reoccurring issues that continue to surface in your relationship, such as disciplinary differences or debates about spending. How do you or your partner behave when discussing these matters?

“Partners who are headed towards divorce have the following tendencies: They become angry and use what we call the ‘four horsemen of the apocalypse or negative patterns of communication, which are criticism, contempt, stonewalling, and defensiveness,” said Dr. McNulty. “This leads to something we call ‘diffuse physiological arousal’ or ‘flooding’ [which involves] one or both partners’ bodies releasing hormones as heart rates accelerate, muscles become tense, the skin becomes hot or sweaty, and the stomach feels nervous.”

Not to worry, though. If you and your partner are still engaging in heated arguments, it means that you may still be in a position to save your marriage.

“Relationships die by ice rather than fire,” said McNulty. “Some couples eventually stop trying to dialogue. They find working on key conflicts to be too difficult or painful. They give up. They grow more distant, and live more like roommates than spouses.”

This means that if you and your partner are still fighting, you still have a fighting chance.

“If you’re both still arguing you haven’t yet reached the point of surrender,” said McNulty. 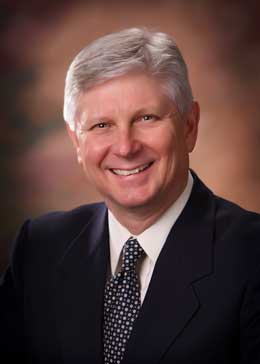